Co is for the company we keep

We are a small but mighty crew of passionate creatives who wield our pens and paintbrushes with our thinking berets firmly on our heads.

We have built our business around an incredibly nimble and agile workforce built on a network of independent thinking, highly motivated, globally distributed co-creators across every time zone.

We may be from different cultures, speak different languages and have different skills, but whether you are a customer or a collaborator, we believe in creating an environment that will bring out the best in you, and everything that you have to offer. The happier we are, the better we are. 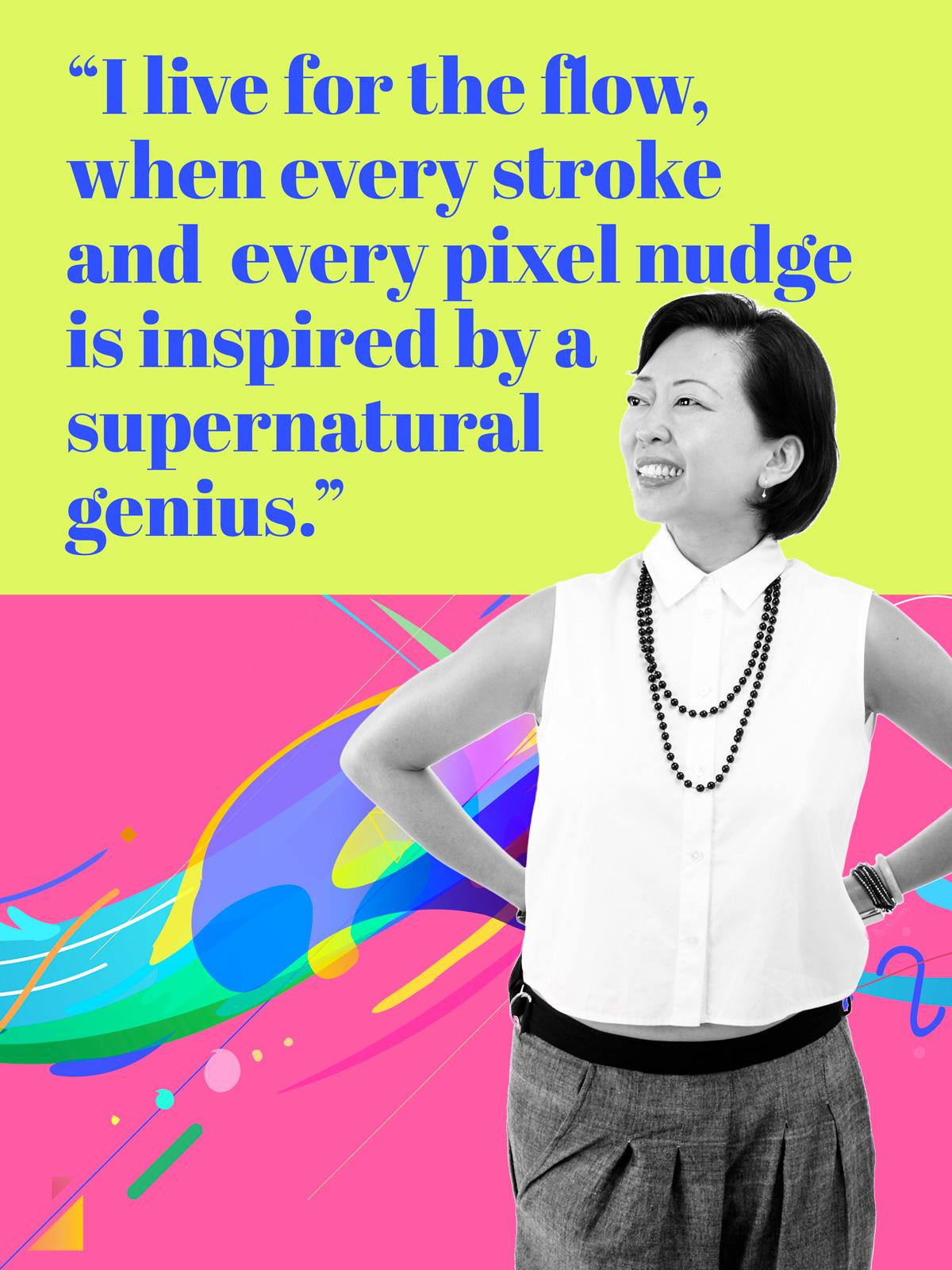 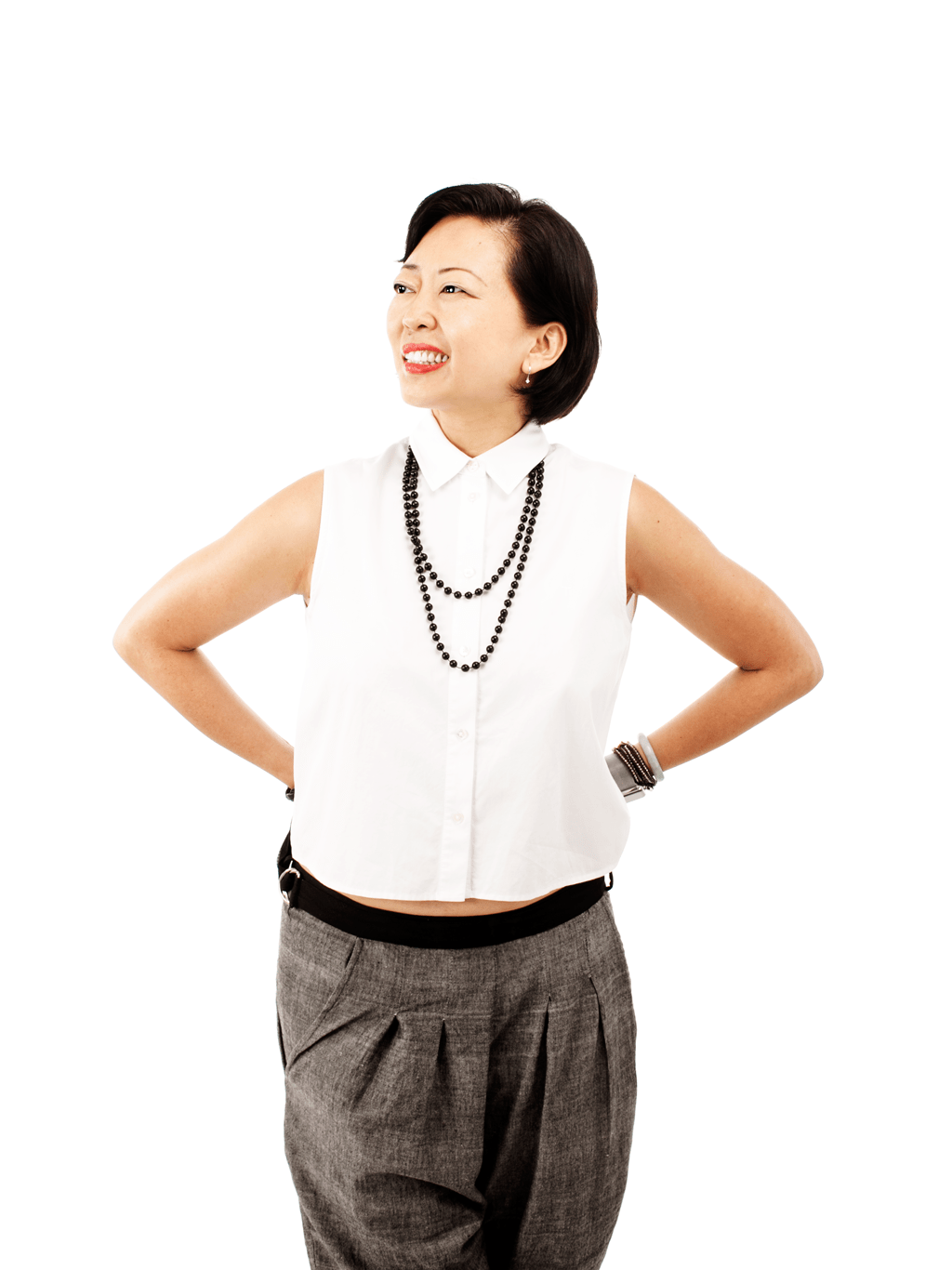 “I live for the flow. Time stands still and every stroke, every pixel nudge is inspired by a supernatural genius.”

In a world riddled with complexity, Chrissy Lim has the background and imagination to make sense of it all, traversing the realms of technology, business, and creativity. In a world of flux, she connects the dots. She has steered two of her start-ups into multi-million dollar successes, and directed the global ad accounts for brands like Johnson & Johnson, Coca-Cola and Mercedes-Benz.

Chrissy founded Paperplane to bring together the promise of creativity and technology to celebrate stories in an age of new media. The interplay of disciplines is where Chrissy thrives, and where the classic paper plane gains its charm: a humble sheet of paper transformed through engineering and imagination. Photographer, scuba diver, inveterate foodie, Chrissy carries it all off with child-like enthusiasm. 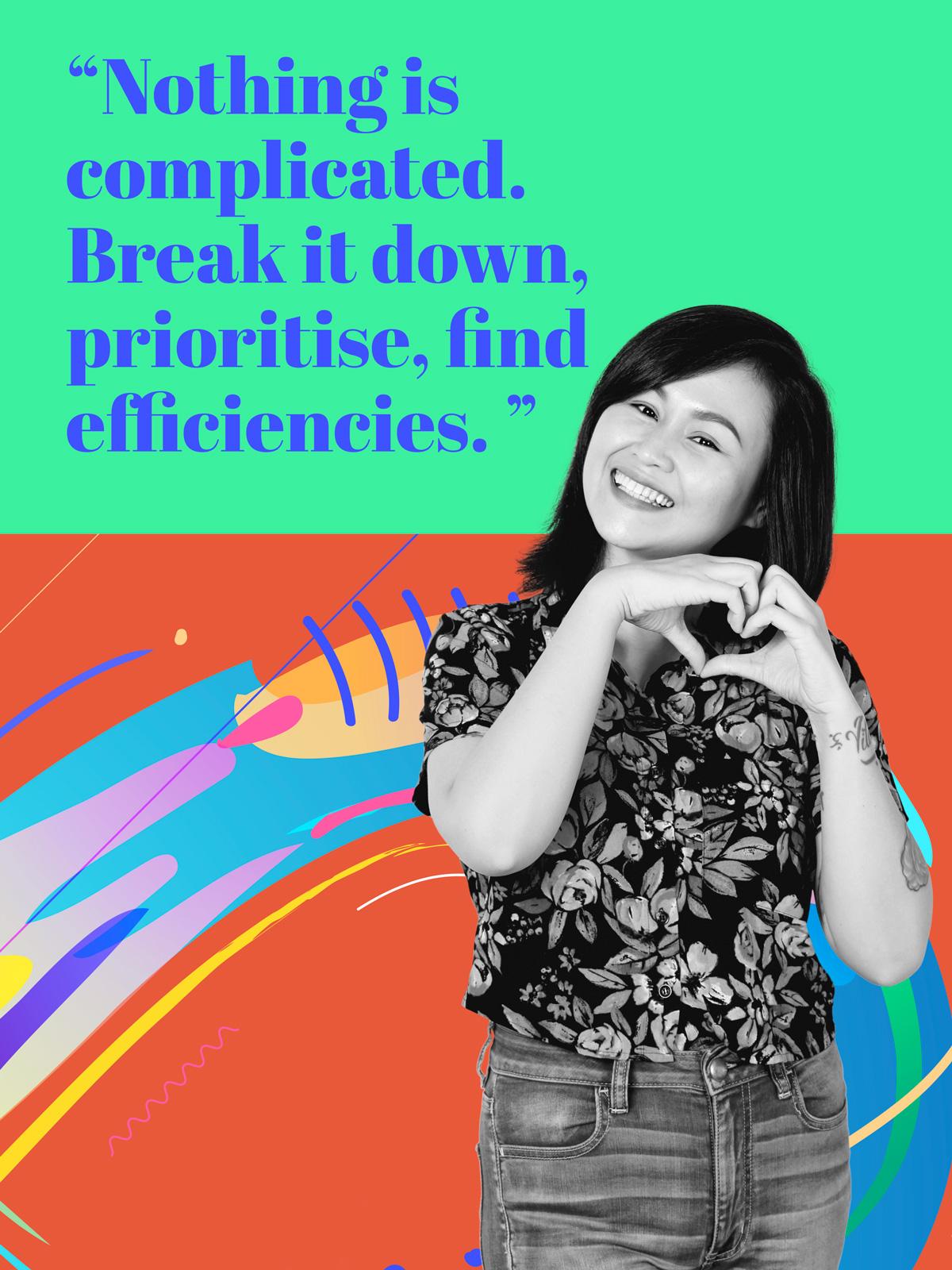 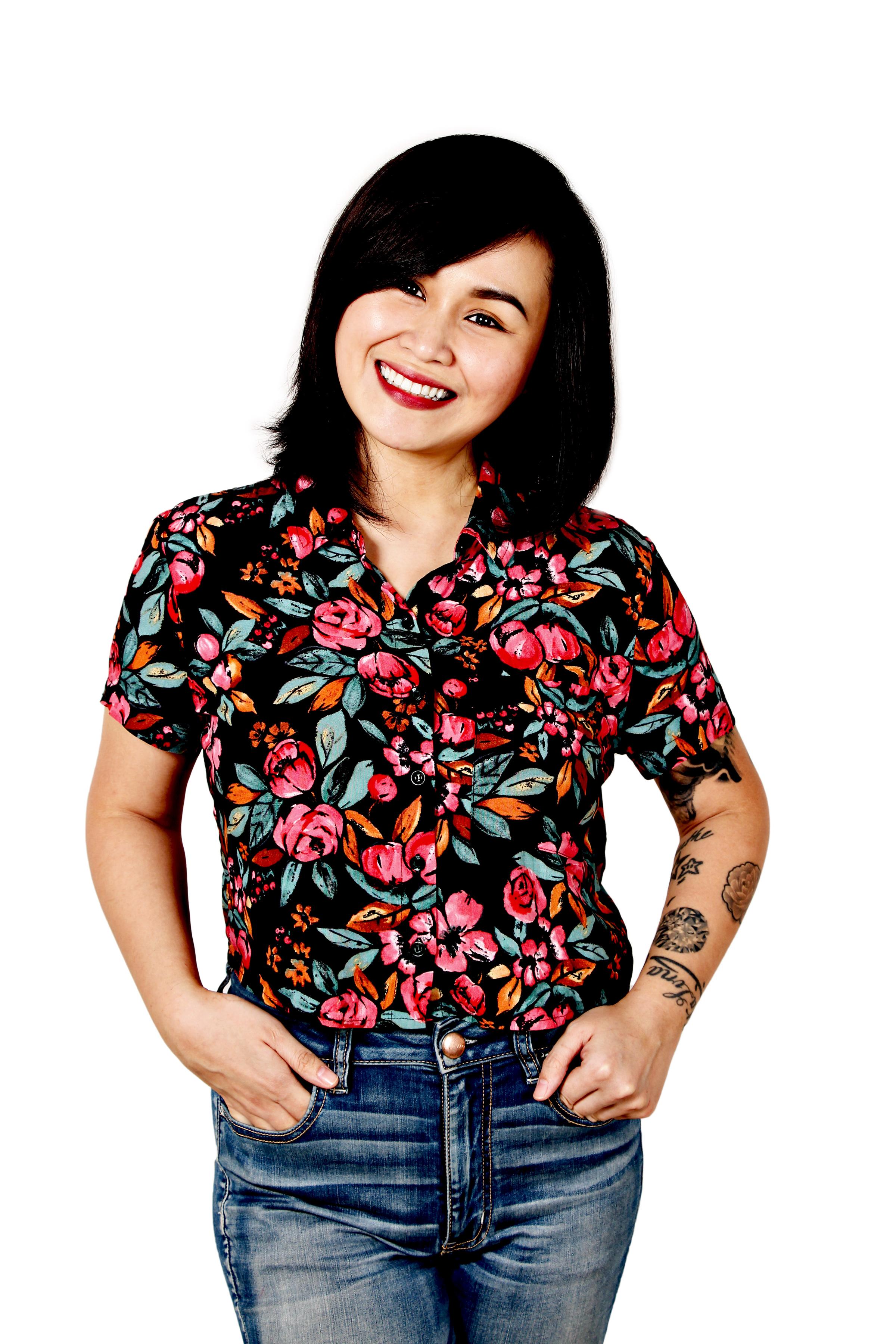 “Nothing is complicated. Break it down, prioritize, find efficiencies. When everything runs smoothly, there’s space for creativity and productivity.”

It takes courage to think differently, and Mona knows it. At age 5, this Richard Branson fan built a child-sized rocket from grocery cartons and duct tape. At 19, she dropped a promising nursing career to pursue her love of tech at an internet marketing firm—one she would soon come to lead. In 2016, Mona launched her own web development agency. With her “Just do it” mantra, Mona’s approach to work is singularly strategic and systematic.

Now Project Manager at PaperplaneCo, Mona goes out of her way to keep all stakeholders happy, juggling multiple projects and teams with enviable ease. Mom to a teenager and two snuggly cats, Mona enjoys long walks and keeping up with Elon Musk’s Mars project. Warning: With her unflaggingly upbeat attitude and ace organizational skills, Mona’s productive vibe can be contagious. 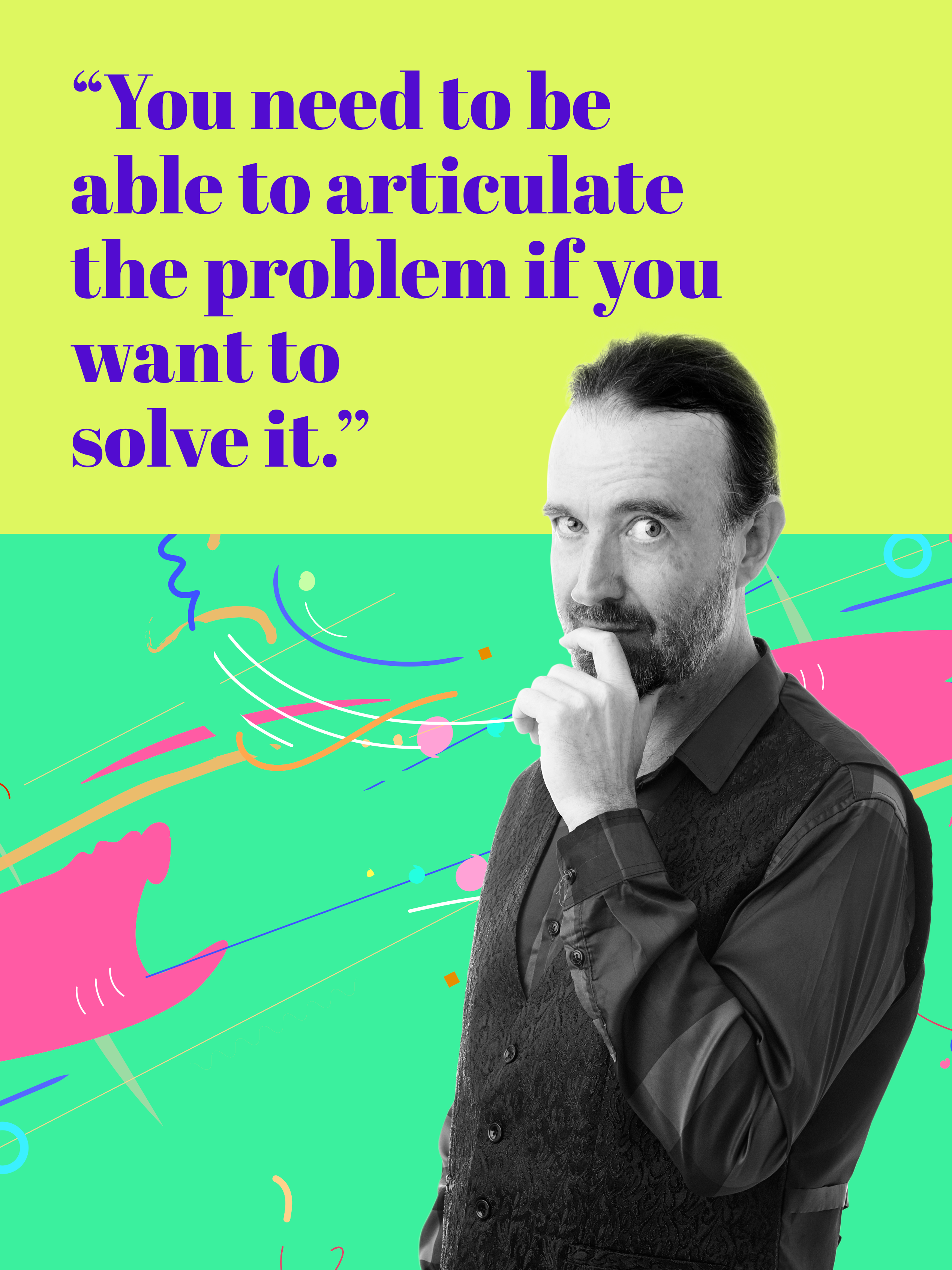 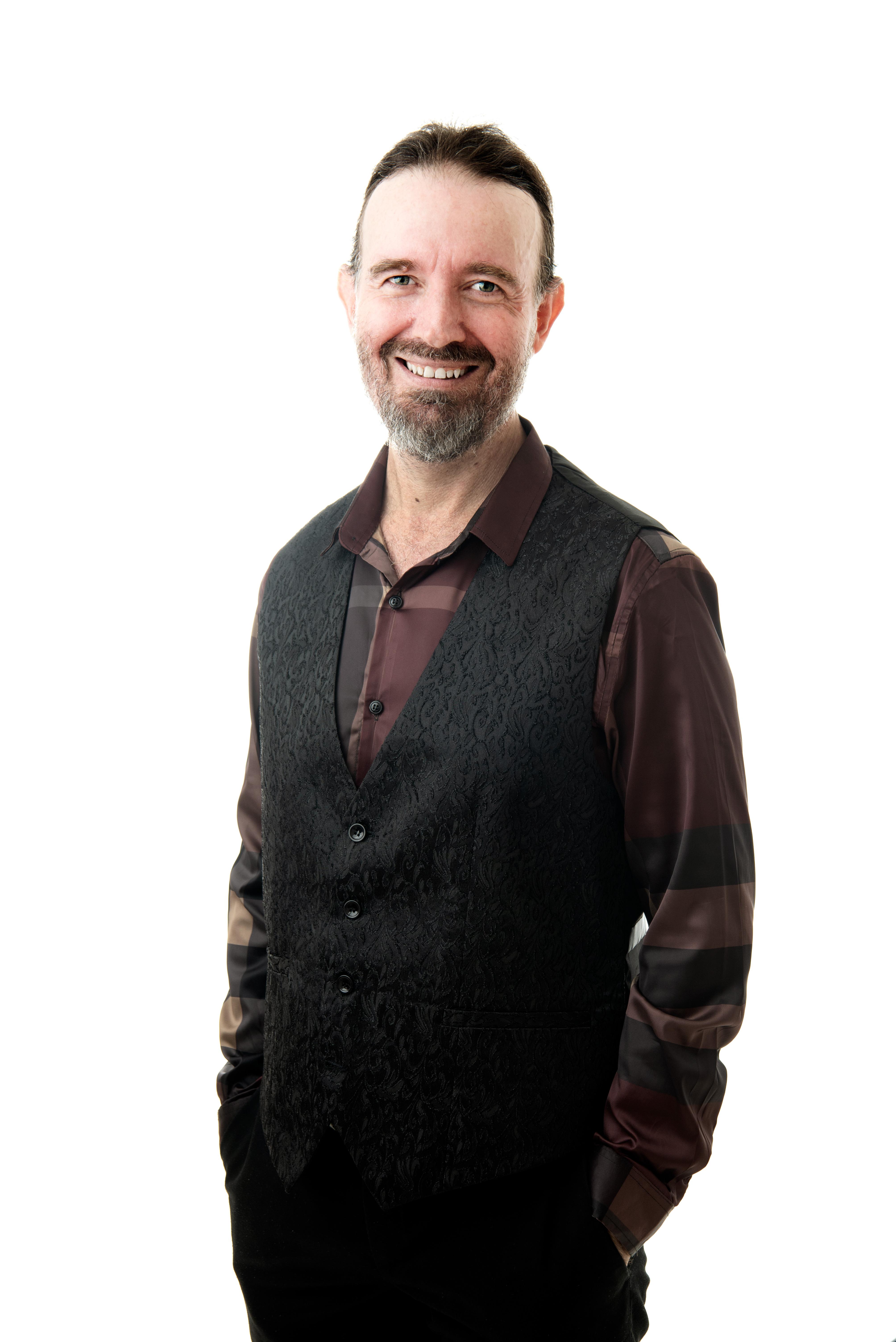 “The first step to solving a problem is being able to articulate it. My experience has taught me how to identify the fundamental problem, understand its underlying relationships and express it with clarity.”

Solving problems is Tim’s superpower, honed over more than 15 years as a quality systems consultant. Tim is exceptionally skilled at reducing a problem to its bare bones, using lateral thinking to unearth insights and propose improvements. As a content strategist, his ability to explore issues from multiple perspectives has proved invaluable in helping PaperplaneCo’s clients unravel complex problems, and identifying clear-cut opportunities for improvement and growth.

Grounded by his love for writing code, tinkering with databases, and setting up frameworks, Tim is a self-declared Notioneer who has taken on the challenge of refining PaperplaneCo’s Notion database. When he isn’t busy delving into the depths of Notion, Tim enjoys watching mathematics videos on Khan Academy and coding on Python. 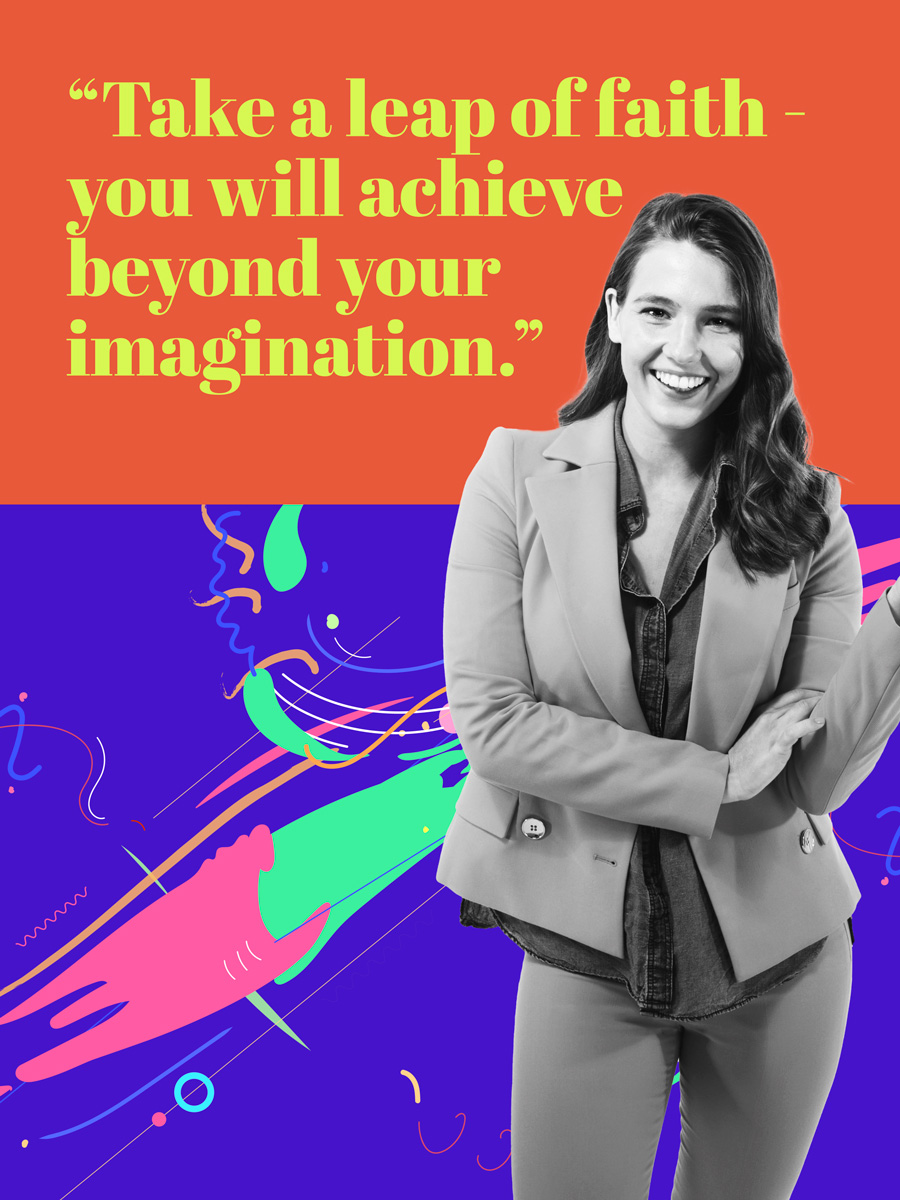 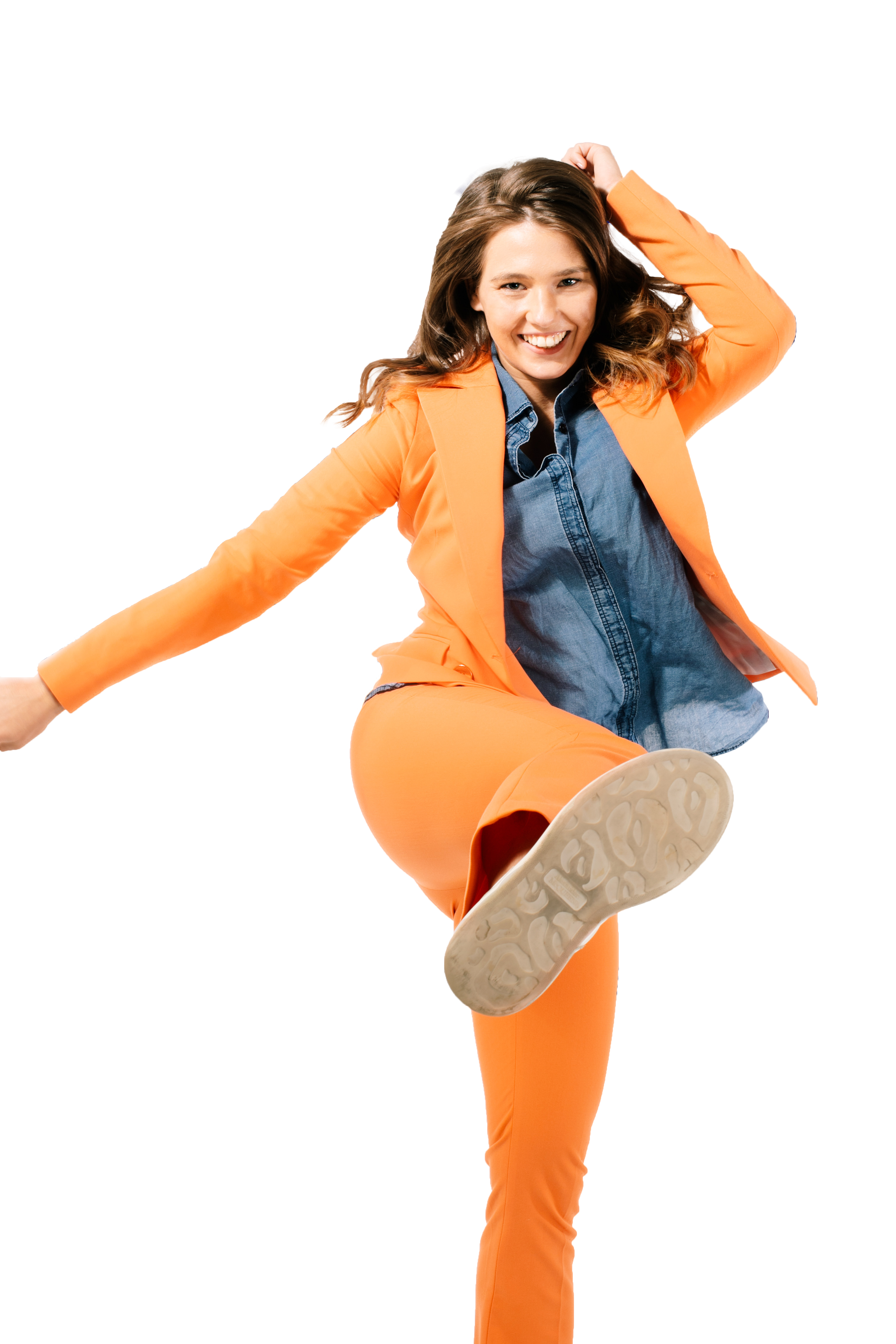 “Take a leap of faith – you will achieve beyond your imagination.”

Story-telling has been inseparable from Demi’s life: at the age of twenty-two, she had spent a year traveling from the south of Italy to the Scottish Highlands as a Junior Producer, taking words from a script and bringing them to life. After a tour around the Dutch film industry, Demi was yearning to put her skills to commercial use – she convinced her professors at University of Amsterdam to let her be the first ever student to study remotely, and flew from the Netherlands across continents to Singapore.

In Singapore, Demi worked at OneConnect Financial Technology, where she oversaw the redesign of the Customer Experience Center and managed video production, interior design, and walkthroughs for prospects. When the CEC later became a project for PaperplaneCo, Demi, utterly inspired by the PPCO team’s process of crafting compelling stories, knew she had to be a part of this creative team.

After receiving her degree in Digital Media, Demi is now the Account Manager at PaperplaneCo, where she ensures customer success in day-to-day client communication, and in projects that she oversees. Demi’s experience across fields has allowed her to experience a variety of perspectives first-hand, giving her the unique ability to empathise with clients and understand their needs. Outside of work, Demi is thoroughly enjoying her life in Singapore – the only way to make it even better would be getting a puppy! 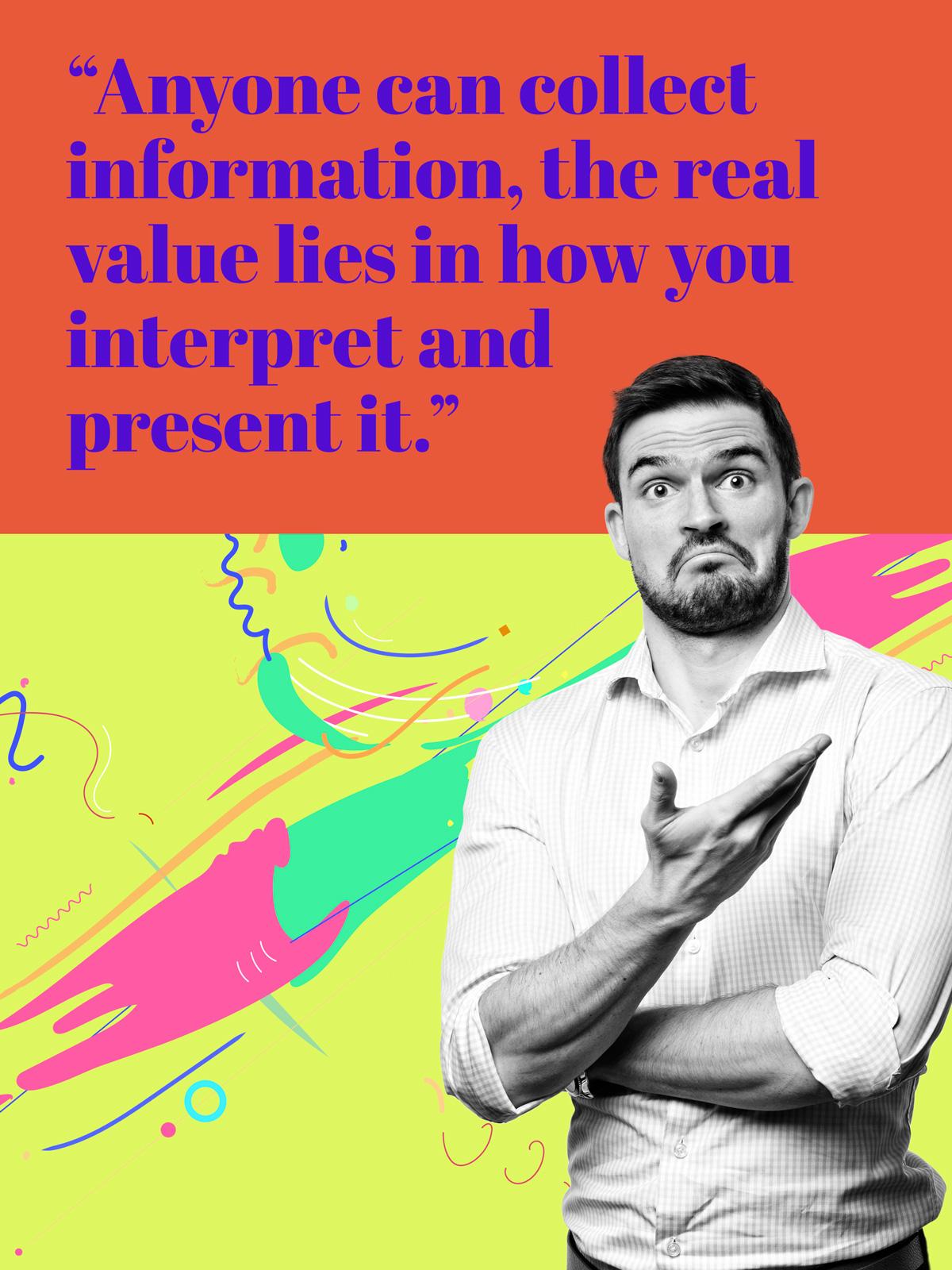 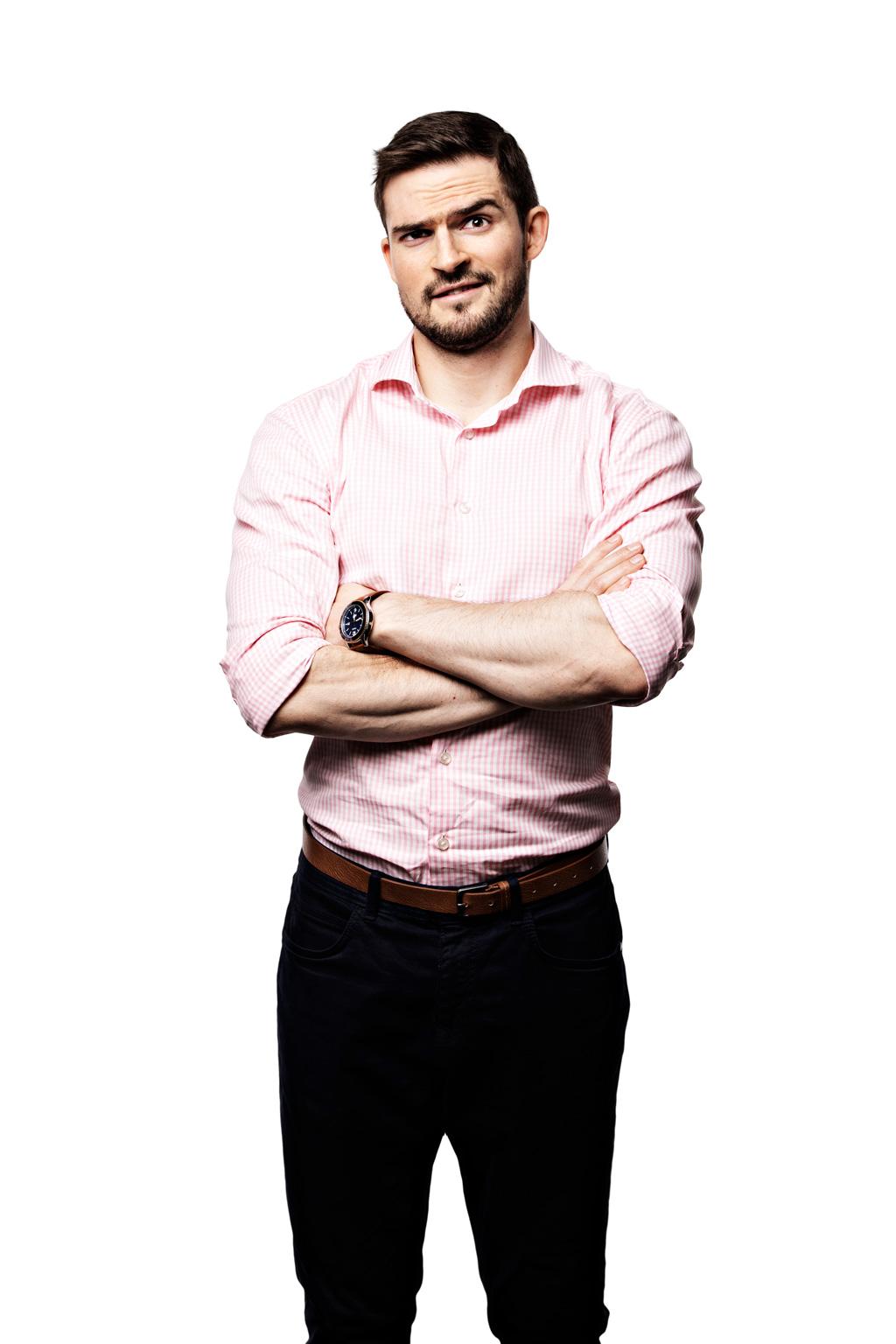 “Market analysis isn’t only research and data collection. It’s the “So what?” phase that counts. Anyone can collect information, the real value lies in how you interpret it and how you present it.”

Market Intelligence is Wawrzyniec’s bread and butter, a skill that he first picked up as a management consultant at Deloitte Poland in 2014. In 2017, Wawa (as he prefers to be called), took the independent route and began to provide freelance consulting services. A lawyer by education, Wawa’s analytical skills backed by his deep interest in business strategy help him identify patterns and interpret trends to find new opportunities. Heavily influenced by the MECE (Mutually Exclusive Collectively Exhaustive) principle, Wawa uses lateral thinking and problem-solving techniques to arrive at insights faster.

At PaperplaneCo, Wawa’s thorough business analysis and in-depth market research help us create content that capitalizes on our clients’ unique strengths and sets them apart from the competition. Wawa is outgoing, helpful, and always trying to liven up the atmosphere with his quirky sense of humour. Determined to be a life-long learner, Wawa’s currently learning to program in Ruby, practicing how to apply mindfulness in his daily life and wants to take up creating electrical circuits. 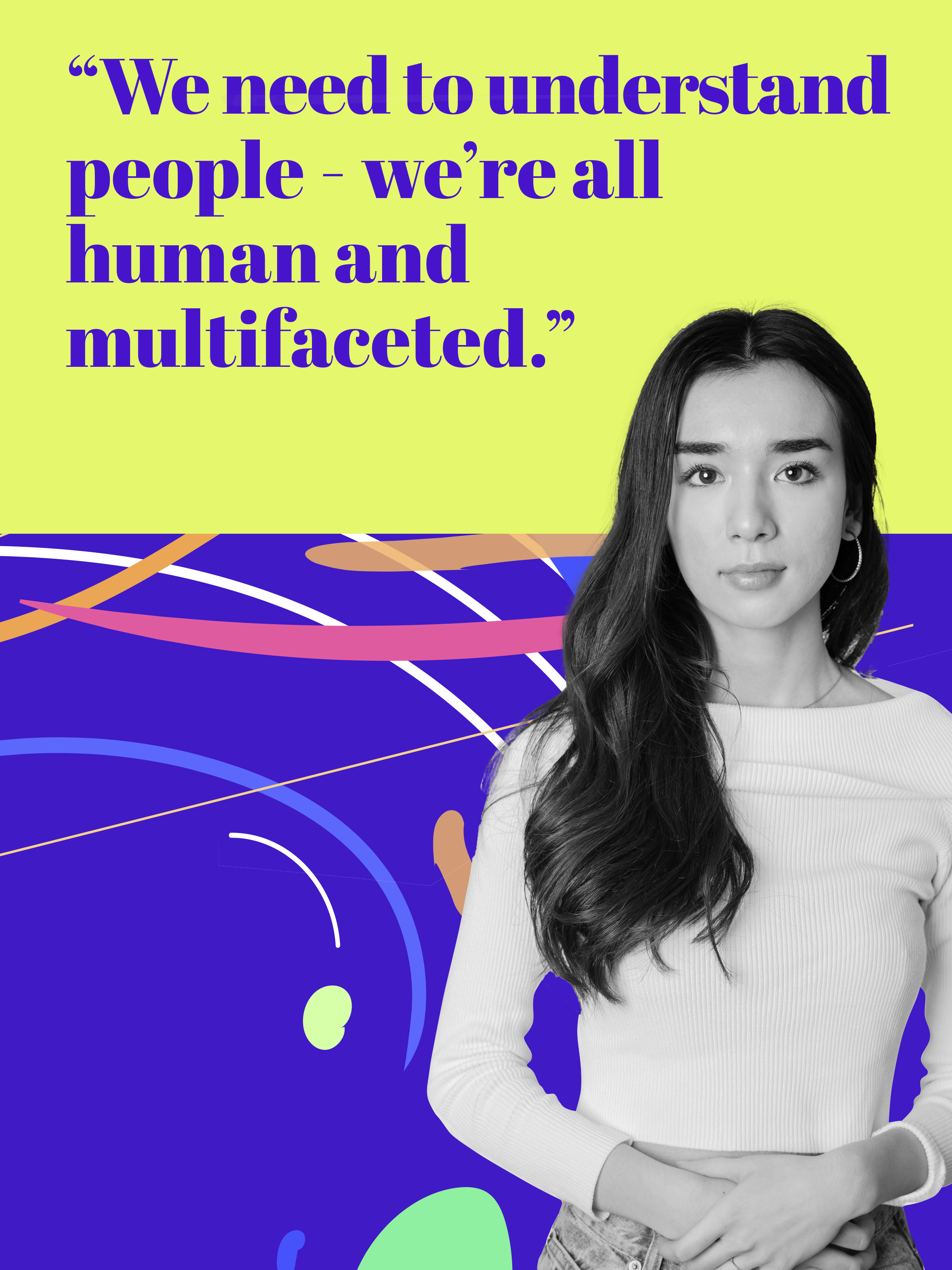 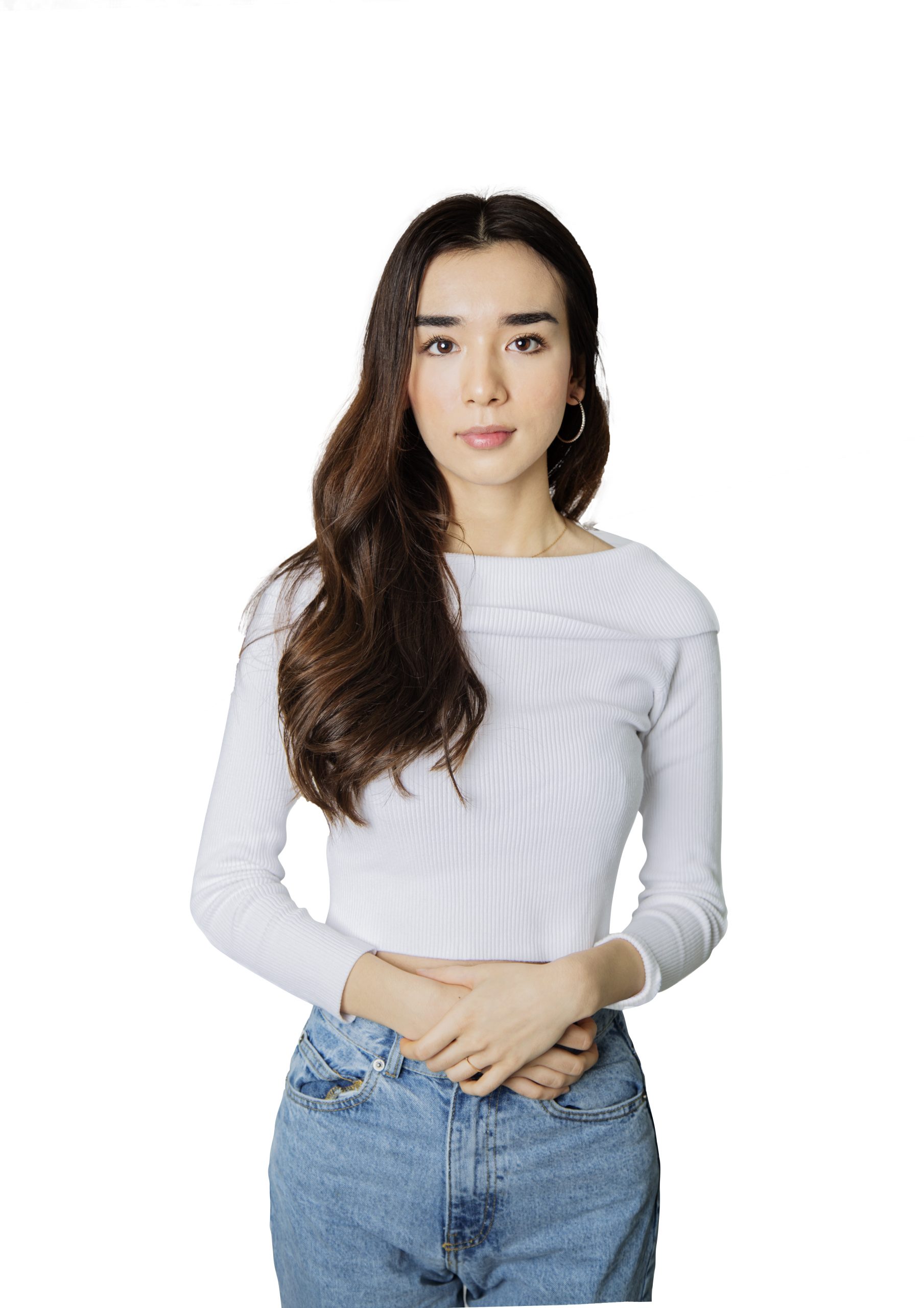 “We need to understand people — we’re all human and multifaceted.”

People know the term globe-trotters, but Grace? She’s a people-trotter. Having moved from place to place as a young girl, she soon realised that building meaningful relationships mattered more than anything. To her, meeting and interacting with new people at different stages of their lives will always be refreshing. Empathetic and open-minded, Grace’s ability to connect with various people enables her to collaborate well with others and makes her a valuable team player in PaperplaneCo.

A dreamer at heart, Grace has always been drawn towards creative work. At the tender age of 16, she clinched first prize at an acclaimed creative writing competition held by Polar Expressions Publishing in Canada. With her free-spirited nature and endearing sense of curiosity, Grace is limited by nothing but her imagination.

Outside of work, Grace enjoys cooking. With over 1000 downloaded recipe PDFs, as well as Youtube and Instagram food accounts, she is definitely the person you would go to if you want to try out some new recipes! 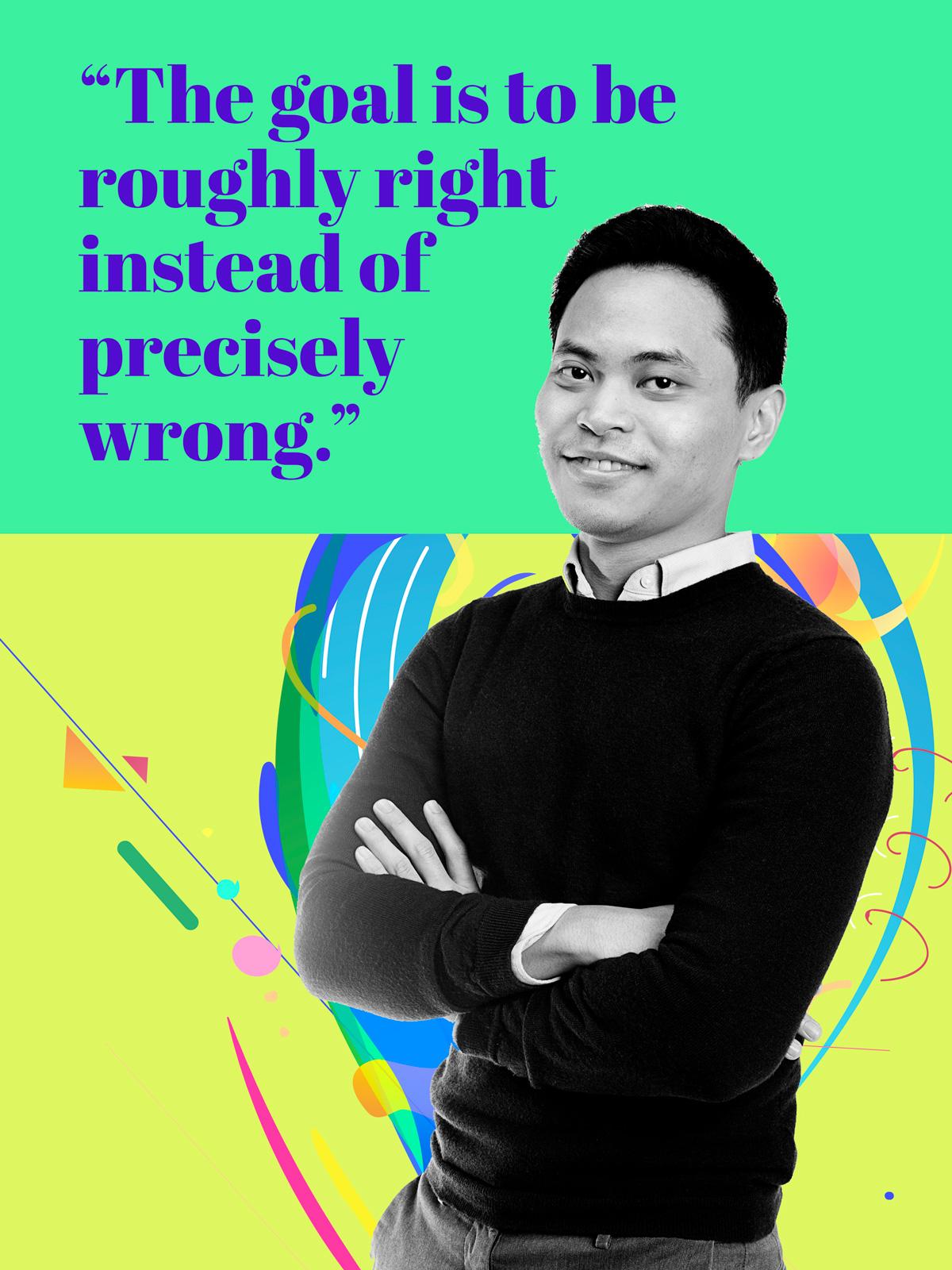 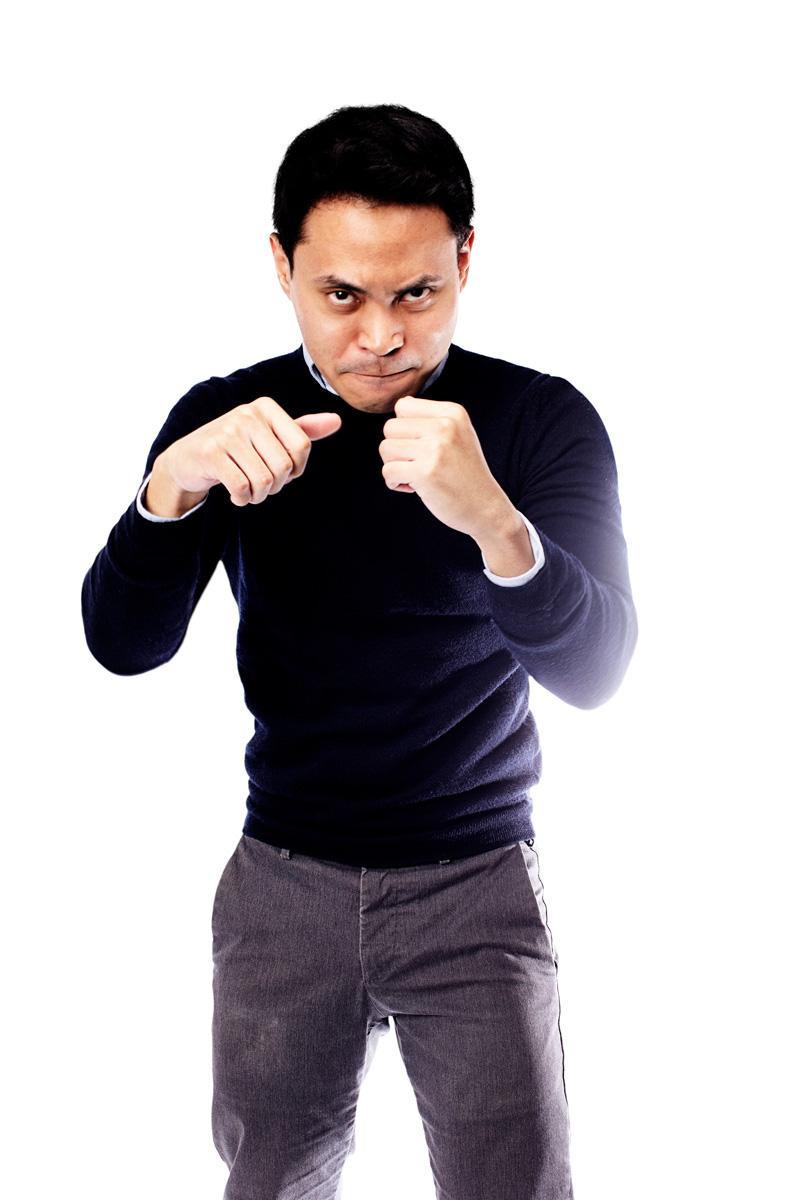 “Valuations are based on estimates. The goal is to be approximately right instead of precisely wrong.”

A freelance guitar instructor until two years ago, Syahmi spent his free time learning about investing. What started off as a means to eventually retire, soon revealed itself to be a calling. Keen on immersing himself in an environment where business was the native language, Syahmi began preparing for the ACCA exams to qualify as a Chartered Accountant.

An internship as an auditor soon followed, and just three months later, Syahmi landed a full-time role and took on the Paperplane account. Adept at abstract and analytical thinking, Syahmi is an admirer of Thomas Sowell and Ayn Rand’s work. Whip-smart, with a dry sense of humour, Syahmi likes to spend weekend mornings watching MMA with his friends. 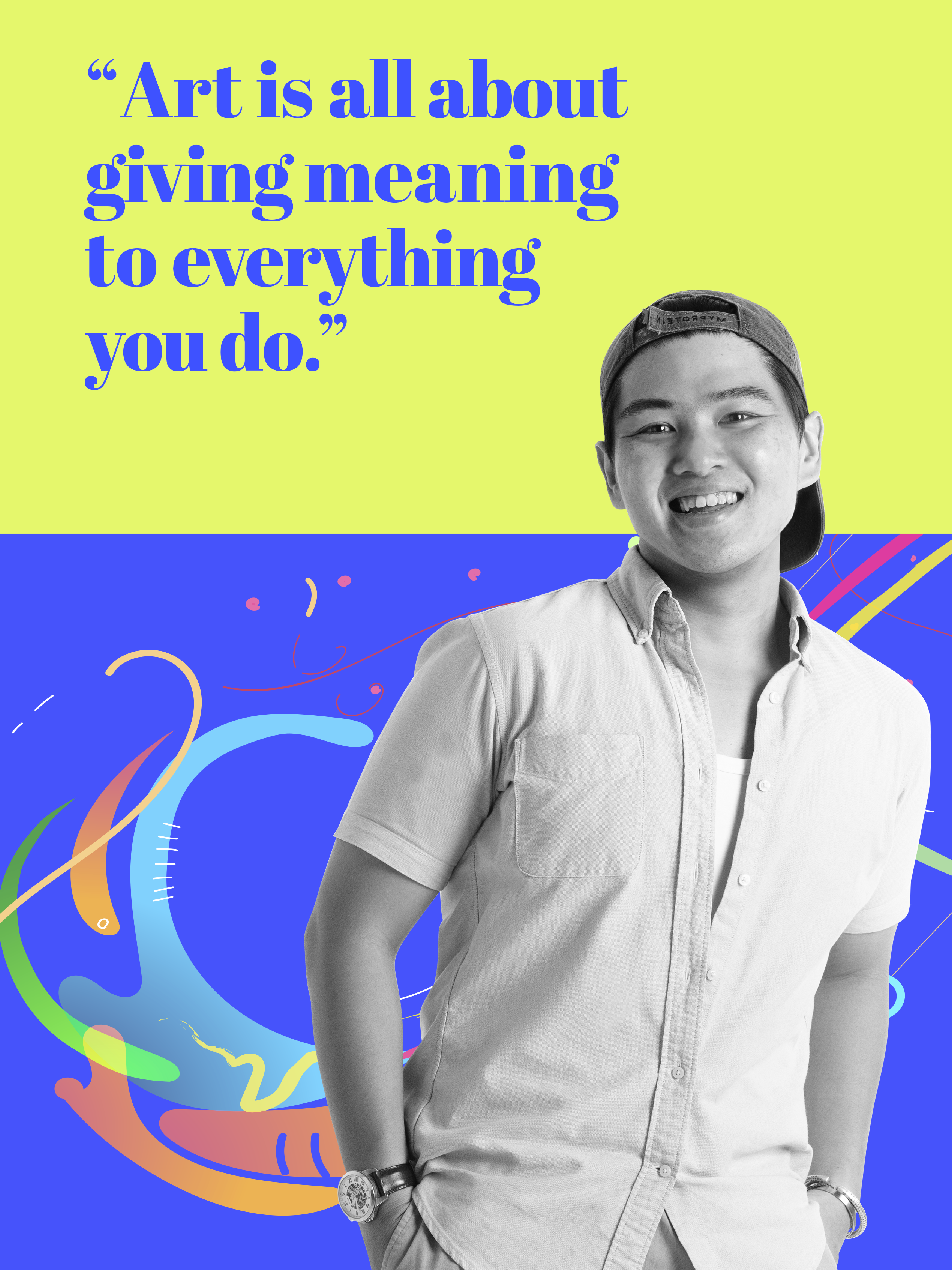 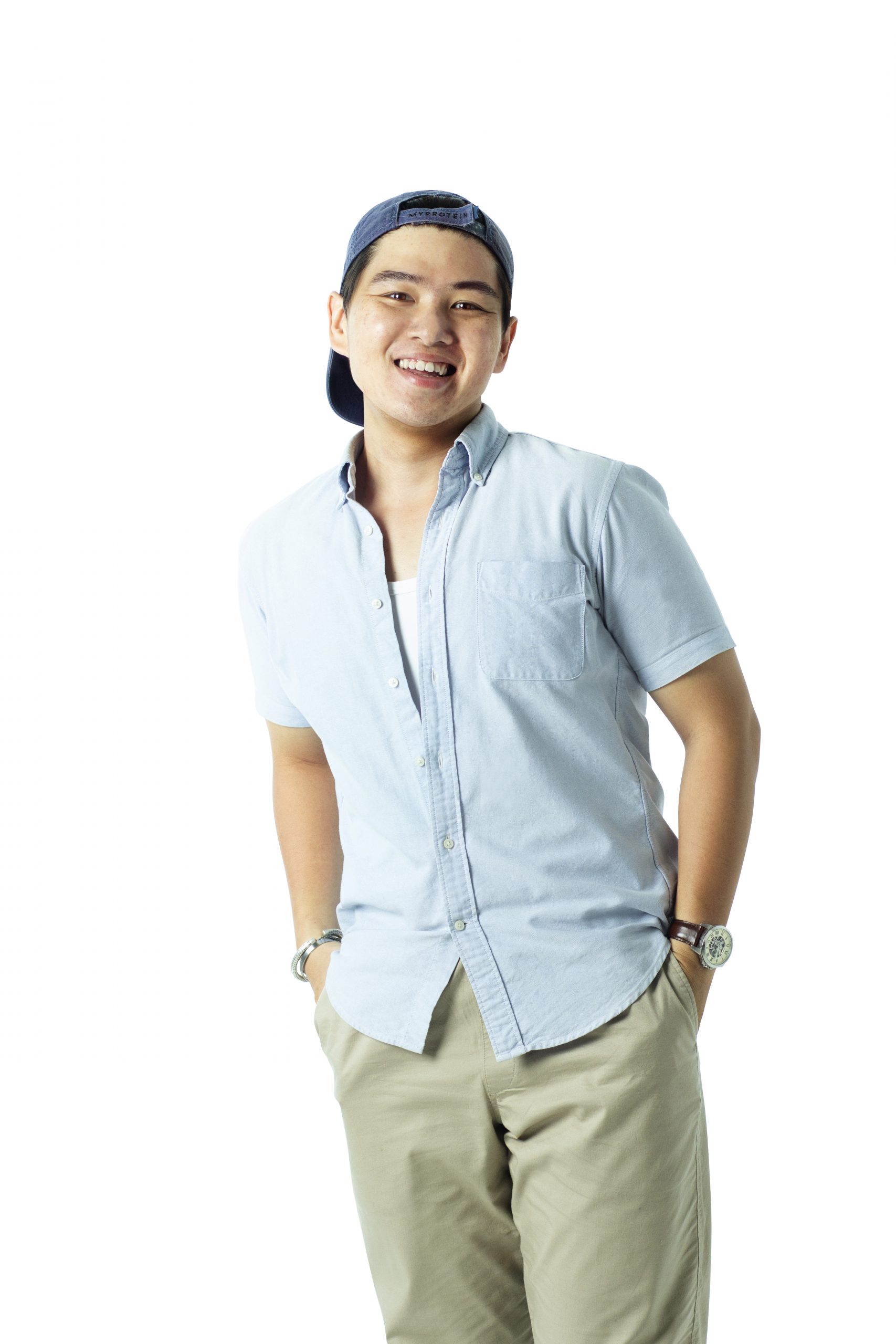 “I love to create because I can make stories come to life. Art is all about giving meaning to everything you do.”

Min has chosen to venture the path less wandered by even the most daring — the Arts. Having loved drawing his entire life, he chose to follow his heart and study graphic design at Singapore’s LASALLE College of the Arts. A story-teller at heart, Min is the ultimate package of creativity, innovation, and passion.

As a visual artist, Min works on branding, illustration, and marketing kits to create signature elements for each campaign. With a dash of wit and the flick of a pen, Min breathes life into characters and brings concepts and ideas into reality. Min’s unique designs are a testament to his painstaking efforts and unwavering dedication.

Min’s impressive talent for design goes hand-in-hand with remarkable passion for baking. Beyond his work, he channels his creativity into baking and has hopes of opening his own bakery in the future. Above all, Min’s spirited optimism will make any day seem brighter. 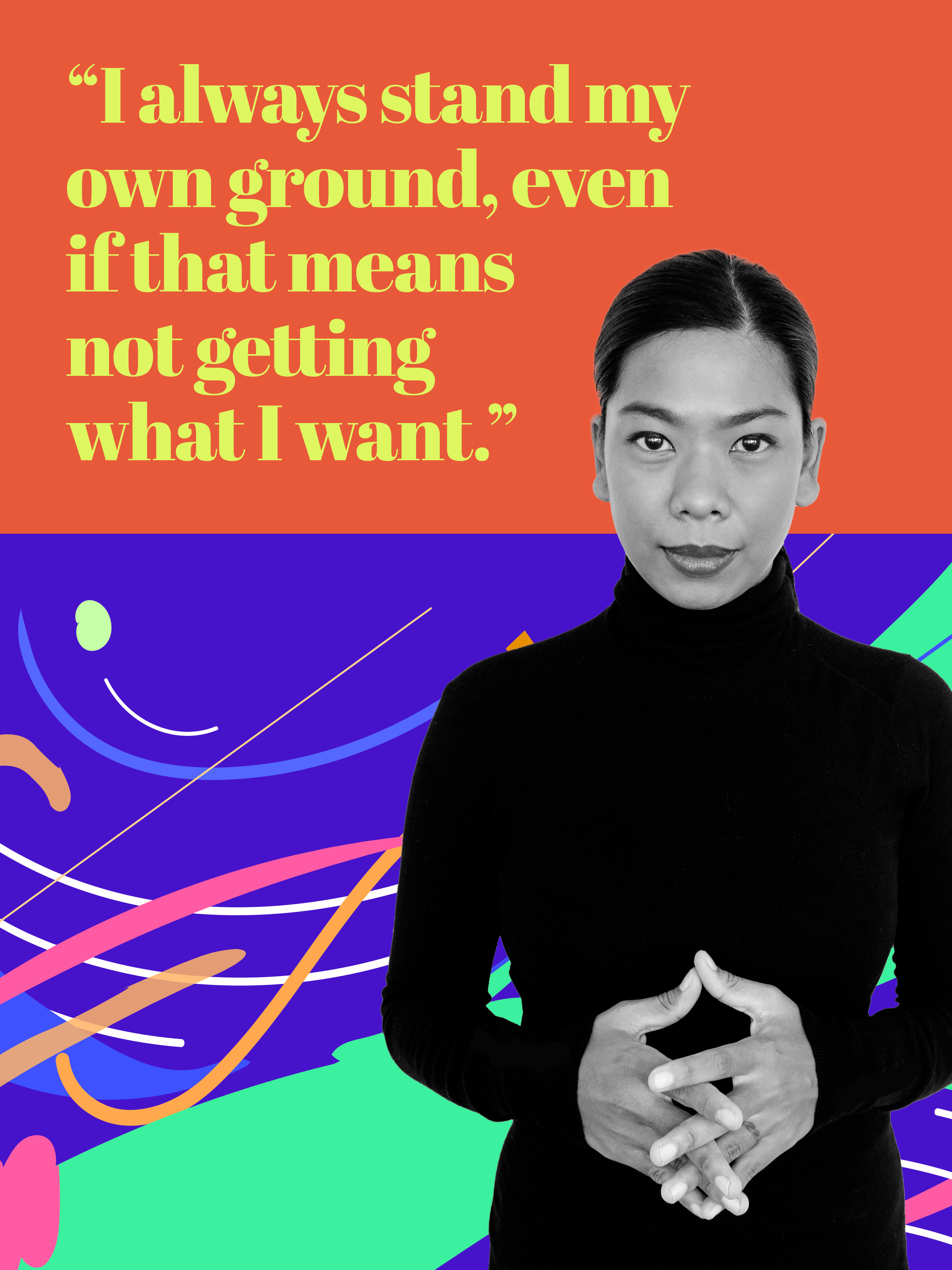 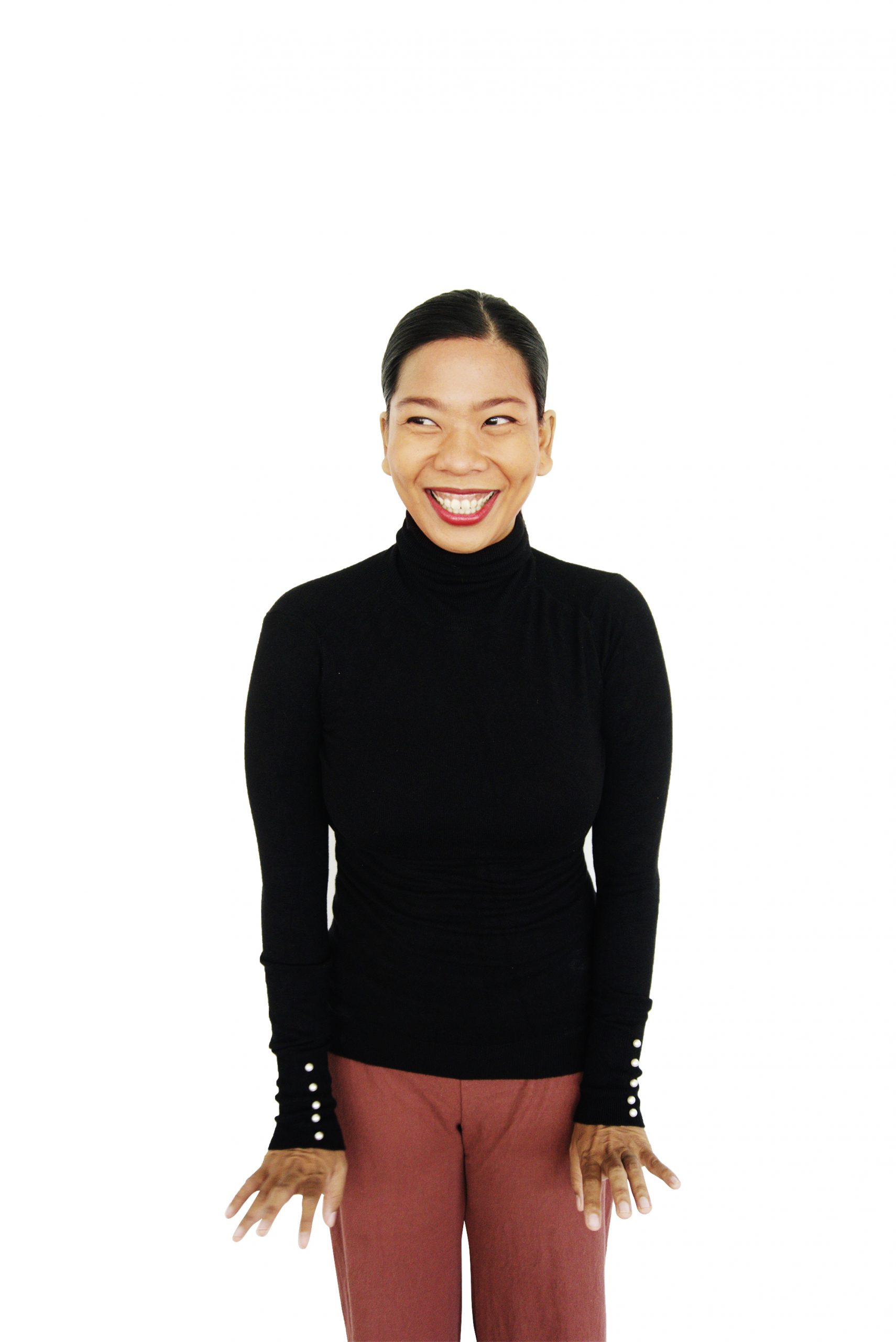 “I always stand my own ground, even if that means not getting what I want.”

A born dreamer and storyteller, Dansk’s love for films was kindled when she watched The Whale Rider as a teenager. The movie touched a special place in her adolescent heart, and Dansk instinctively knew then that she was destined to become a filmmaker.

Dansk believes that one of the most important qualities of a great filmmaker is having a refined taste. Her own sophisticated taste in films is sculpted by over a decade of experiences as a video producer: Started out as a nursing student, Dansk’s life irretrievably changed after being accepted to an international film school managed by Hollywood executives. Upon graduation, her first job was in Palau as an editor and an all-around staff for the only TV station in micronesia. Dansk then worked as a producer in Cebu, and was deployed to film 22 pilot episodes in 50 days. She eventually returned to her alma mater to teach world cinema, thesis production, production design and screenwriting. Before joining PaperplaneCo, Dansk worked as a freelancer and adapted 13 books into screenplays in one year.

After condensing a few lifetimes’ worth of experiences into one, Dansk now describes herself as a war veteran in the art of video producing. Often described by her friends as a “purist”, Dansk refuses to lower her artistic standards for films, not even in the corporate world. Now as the Video Producer of PaperplaneCo, Dansk is responsible for most of the videos that our agency produces.

One of Dansk’s lifelong dreams is to shoot her own film and  gain international recognition. Another aspiration of hers is to shave her head and live like a monk in the mountains one day.

Have you mastered extraordinary skills that you would like to put to good use?
Do you have the drive and motivation that true autonomy brings?
Do you know why you do what you do?