Inspiring a Spirit of Generosity and Care

In 2016, Paperplane worked with the Children’s Wishing Well foundation to help 120 underprivileged families enjoy a happier holiday season. Wanting to help the foundation to raise more funds, we created a campaign video and brochures to help the foundation reach more donors. We invited our friends and families to share in the joy of giving and stuffed  Santa sacks with groceries, meal vouchers, gifts, and other treats, before loading them onto 15 sleighs and delivering these treats around Singapore.

WALK A MILE IN THEIR SHOES

It is half-past one on a scorching Singapore afternoon. Randal heaves his school bag on to his shoulders and trudges home, exhausted after a long day of classes. He knocks at the house door but receives only silence in response. He fumbles in his bag for the house keys, then opens the door to a forlorn, empty house. His mother has been looking for work even though most employers turn her away when they hear of her health issues. With an incarcerated father and few relatives, Randal has become used to being chronically hungry. His stomach rumbles but there’s no food on the table. The kitchen is in disarray, just like the rest of the house with dirty dishes and laundry piled up everywhere. The cupboard where they usually stock the monthly dry rations from the government lies empty. In the fridge, he finds a small bowl of rice left over from the night before. He hesitates for a second wondering if this was his mother’s dinner, but now being ravenous, the food is gone in a minute. Now begins the long, lonely wait for his mother to return home.

Chrissy, PaperplaneCo founder, recalls first hearing about latchkey children like Randal from a friend working with Children’s Wishing Well, a charity in the studio’s neighbourhood. “2016 was a bumper year for PaperplaneCo. We had worked hard and our efforts had paid off. With the year on its way out and Christmas around the corner, I wanted to put the gratitude I felt into action. That’s when I heard about Children’s Wishing Well.”

When she heard about how difficult the children’s circumstances were, Chrissy was immediately drawn to working with the charity. Chrissy and the rest of the PaperplaneCo team reached out to Georgie Chong at Children’s Wishing Well and we found that they were running a few different programs for latchkey children.

Their signature program, Grant-A-Wish, helped needy students with necessities for education, health, and basic living. They launched Career GPS soon after to help children visit local businesses and meet real life role models — to start them thinking of their own pathways to success. Then there was Food for Families, where each month, the Wishing Well staff would pack and distribute groceries to more than 100 families. Seventy percent of these beneficiaries lived in flats that are 3-room or smaller. Food packs were distributed all across the island, with each grocery pack containing staples such as rice, noodles, cooking oil, canned food, biscuits, cereals, milk, and spreads.

“We could see the difference the Children’s Wishing Well was making in the lives of these children. I knew we could help them expand their reach to more donors.” — Chrissy

The more we met and spoke with the staff and visiting children, the more we knew their stories needed to be heard. Though as a company, we were relatively young, we were rich in terms of the relationships we had created over the years. From colleagues to clients to collaborators — we knew they would feel the same way about contributing to this cause. We sat down with the staff to understand the issues these children were facing and created an appeal that communicated their needs.

“We had a large network of like-minded, supportive clients and collaborators who shared our community spirit. We reached out to them to see if they wanted to get involved – and they did!”  — Chrissy

To build momentum and reach a larger audience, we also created an awareness video that explained how Wishing Well benefited the community and invited viewers to pitch in.

Videos turn watchers into advocates as 92 percent of mobile video consumers share videos with others. In addition, social video generates 12 times the shares than text and images combined.

GIVING BACK IS A GIFT TO OURSELVES

Crystal Tan, then project manager at PaperplaneCo, was instrumental in managing the logistics of the entire operation. Together, all of us shared in the joy of giving, stuffing Santa sacks with groceries, meal vouchers, gifts, and other treats, before loading them onto 15 sleighs and delivering these treats around Singapore. The SGD 20,000 we raised went on to help more than 120 families that December.

“It sounds clichéd but it’s true — it’s the giver that benefits most from giving. 2016 had been a stressful year for all of us. It’s easy to fall into the temptation of making work the single most important thing in life. Working with Children’s Wishing Well made me look at my own life from a new perspective. The best part was that we began our new year with the spirit of giving and sharing.” — Chrissy

“Thank you so much. We were blown away by the imagination, energy and passion at Paperplane!” — Georgie Chong, Executive Director of Children’s Wishing Well 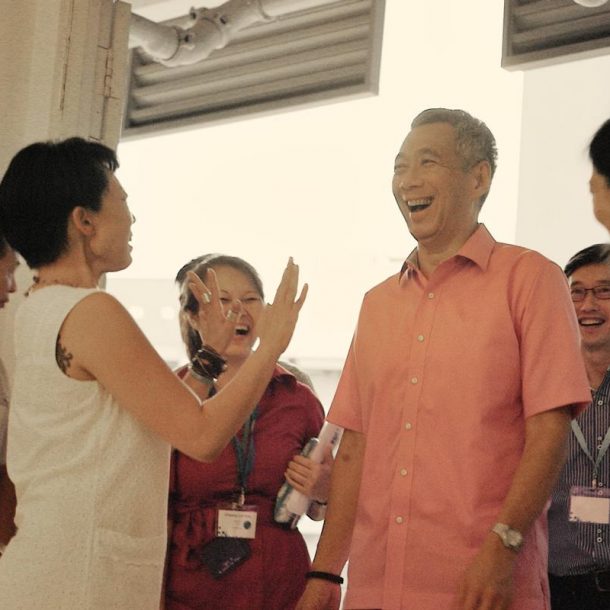 An interactive experience that told the story of us. 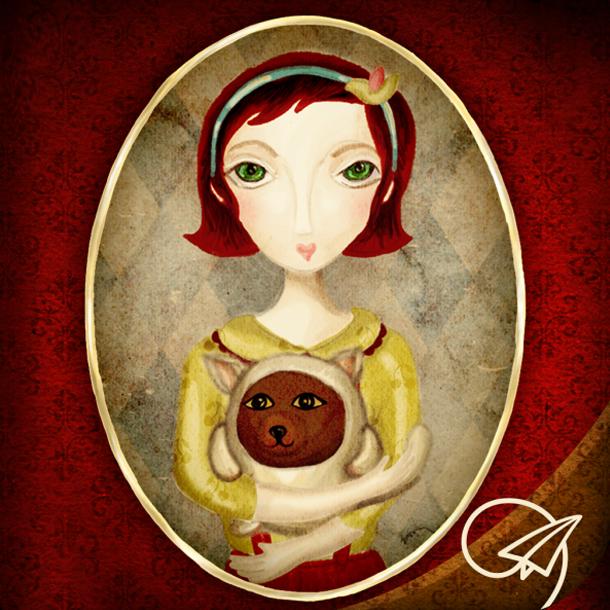 An iPad story app about loving yourself, no matter how weird you are 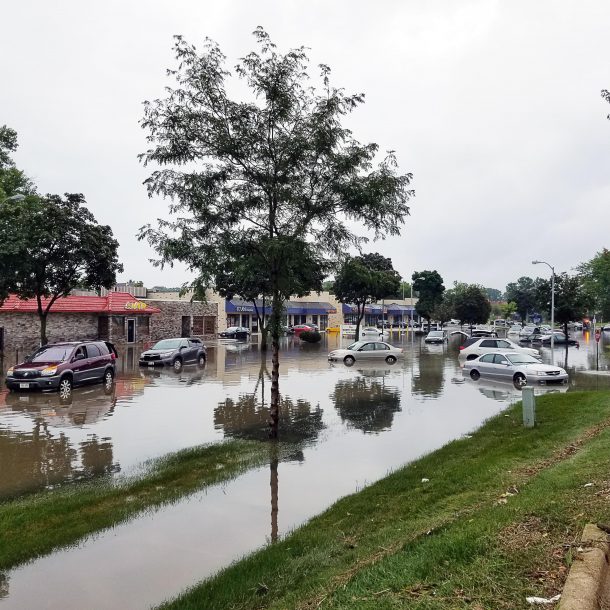 Understanding risks and establishing precautions with a month-long un-conference 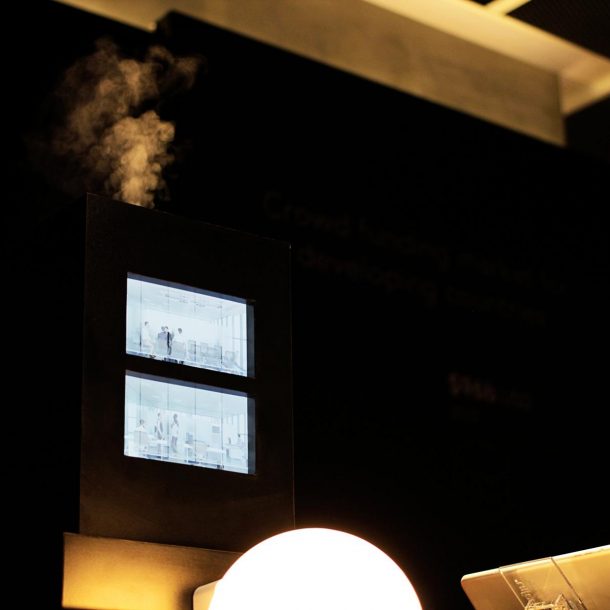 Showcasing an innovative tech Solution through an interactive demo Installation 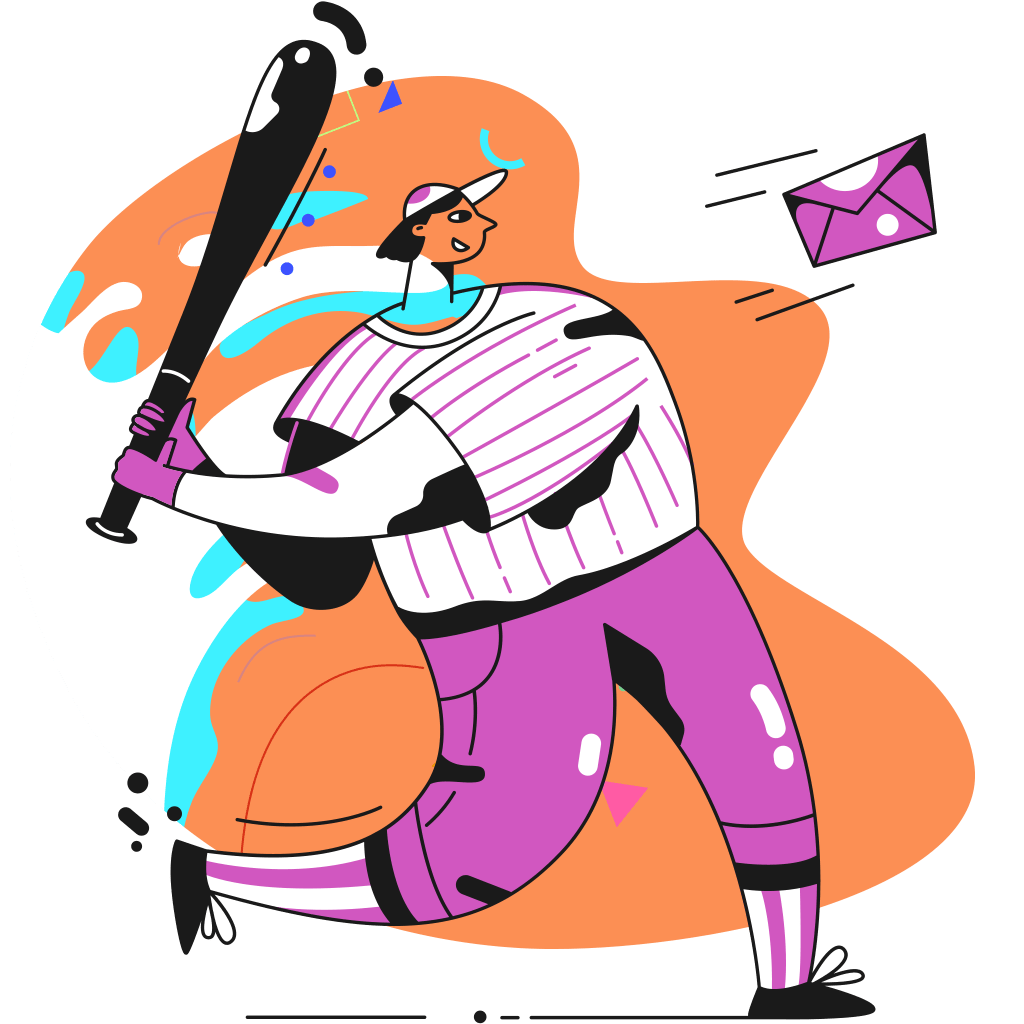 Feel inspired and want to know how we can help you?